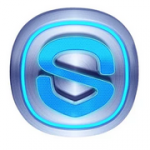 It seems that almost every week some researchers are finding new vulnerabilities in the Android operating system. With an increasing number of viruses, trojans and spyware taking advantage of these weaknesses it might seems nearly impossible to keep your Android device clean. Aside from switching to iOS, one of the better choice is to use 360 Security for Android.

360 Security, as the name suggests is an all-in-one application that will help you keep your Android device free of unwanted viruses and junk. There are many application on Android that leave residual files behind after being deleted and many run in the background without your consent. As a result, your device can experience poor battery life and reduced performance for things that actually matter. 360 Security helps you not only to identify these offenders but it will swiftly take care of preventing that behaviour in the future. 360 Security also features a cleaning service that helps you remove files that are no longer being used and only take up space. Doing a scan, I managed to remove a whole gigabyte of junk, and that’s not even my daily phone! Finally, 360 Security provides an antivirus services that help protect your phone from intruders and remove them if they managed to break into your device.

Overall, 360 Security is an excellent piece of software. Right from the get go it was really easy to use. Just a single tap in each section gets you a complete list of performance improvements and one more taps completes the actions necessary to make them happen. The interface is fluid, smooth and overall a gorgeous design. 360 Security also provides convenient home screen shortcuts to run the cleaning routines without even opening the app. If you’ve an Android user, 360 Security is simply a must have app.

Check out 360 Security for Android on the App Store!