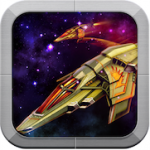 Tower Defense games can be a whole lot of fun. Especially the ones that are just challenging enough to keep you coming back every time you get killed or can’t get past a certain level. One such game is Alien Assault Tower Defense TD for Android.

Alien Assault Tower Defense TD is modeled after a classic arcade game so the graphics may seem “dated” and pixelated. Don’t worry, this is part of the appeal. Resembling a classic tower defense game that could be found at your local arcade in the early days, Alien Assault Tower Defense TD has a very unique feel and game play. The idea is that you have to eliminate all your incoming opponents that are flying in from the right side. You’ll do so by purchasing turrets in the bottom section of the screen. There, you’ll find slots where you can place your turrets, and eventually will even have to pay to unlock more slots for turret placement. You can purchase a turret with the in-game coins that you’ll earn for destroying enemies. Upgrading is also something you’ll want to look into because it can be cheaper than purchasing a turret and a spot for it while increasing your attack power. There are also special minefields that you’ll get in limited quantities along with a meteorite storm. Don’t count on these too much, as they will quickly run out and you’ll be relying solely on your turrets.

Overall, I thought the game was very addicting and had a generally good feel to it. I certainly enjoyed the graphics, despite them lacking the modern 3D trend. Alien Assault Tower Defense TD is really easy to get into as there is very little to actually learn. Most of the challenge is within turret placement and the type of turret that you select. The rest is luck and little creativity. If you’re a tower defence lover, Alien Assault Tower Defense TD is definitely something you need to check out for your Android device.