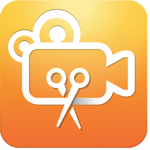 Video editing on the go may not be a common occurrence, however, there are cases where it would extremely handy and even productive to develop a custom edited video while on the move. This is easily possible with KineMaster for Android.

KineMaster is an actual editor for video. Think of it as simplified version of Final Cut Pro for Android. This isn’t just another app that will apply miscellaneous filters to video and claim that it is now “an edited movie”. KineMaster is legit. In fact, it have many familiar features that are borrowed from its big, desktop cousin. For example, a simple swipe will grant have access to the complete timeline in the bottom toolbar that can be shown or hidden, depending on current editing needs. Need to slice some frames off or even insert a transition? No problem, because with few simple taps this is easily achieved with KineMaster. Other features include the ability to insert background music tracks, adjust volume curves, tweak brightness, contrast and saturation as well as speed up or slow-mo the video. Despite having a full array of features for editing, KineMaster is extremely easy to get started with and even easier to use. All controls are large enough to comfortable hit with the thumb and navigation is easy and intuitive. The only thing missing, unfortunately, is the ability to edit full HD 1080p video. Perhaps this is due to some devices simply not being able to handle it performance wise. Either way, I’m sure we’ll be seeing this feature soon enough down the road.

Overall I thought KineMaster was extremely well done. The interface looks amazing, and it’s just as useable too. The app in general was a pleasure to pick up and use. Getting started seemed a little daunting at first, with some many features available I didn’t how easy it would be use. As it turns out, KineMaster simplified everything flawlessly. If video editing is something of interest to you, I highly recommend that you have a look at KineMaster for Android.

Check out KineMaster for Android on Google Play!