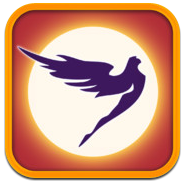 If you’ve been an active mobile device gamer in the last year or so, the names like Temple Run or Pit Fall should ring a really loud bell. Fortunately for the gaming crowd, a new kid is on the block in the running-games department – Valkyrie.

Valkyrie is a fast-paced, run n’ jump 3D action game where you take on the role of a futuristic character that is capable of leaping hundreds of feet in the air and running at eye-watering speeds. Now, when I say fast-paced, I mean its unlike anything else. The speed at which the game happens is unreal and its quite a significant adjustment. However, give it a few minutes and several tutorial levels and you’ll be up to speed in no time. The controls are rather simple. Swipe up to jump, swipe down to slide under overhead obstacles and tap anywhere to toggle various things. These “various things” is where it gets interesting. Throughout the level you’ll encounter gaps in the floor and tall beams of light. Both seem unrealistic to get around, but by using the toggle you can easily switch the bridge or the beam of light, on and off. While this seems simple, take into consideration that you must coordinate jumping, sliding and toggling all at the same time while concentrating on the level. You’ll have your hands full, no doubt about it.

What I like that most about Valkyrie is that its difficult. From the very first tutorial level to the endless run, you’ll find yourself falling to your death many many times, and while that may not sound like fun, Valkyrie is highly addicting and retry dozens of times is simply inevitable. If you’re an iOS user, you’ll also be happy to know that Valkyrie is powered by Unity and as a result is available for both iPhone, iPad and Android devices. I highly recommend that you check out Valkyrie on whatever platform you’re using.
Tagged with → android app • app review • appshrink • ipad app • iphone app
Share →
Tweet

One Response to Valkyrie for Android – Game Review