Ever since the segmentation between the three major smartphone platforms, iPhone, Blackberry and Android, developers have been creating ways to unite the population with a single messaging application. Envious of the brilliantly implemented Blackberry Messenger, developers have brought to our attention a few of their latest creations. Lets dive in and take a look. 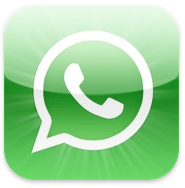 WhatsApp does a wonderful job at bringing all of your contacts together. Most messaging services take you through tedious steps of signing up, creating accounts and adding your contacts. With WhatsApp, you simply enter a phone number and that acts as your “ID”. This is very convenient since all your contacts that are currently using WhatsApp are automatically recognized and added to your list. Very simple and to the point. Despite the lack of a few handy features such as delivery and view confirmation like in Blackberry Messenger, and group chat, WhatsApp tops my list for cross-platform messaging.

UPDATE: The new WhatsApp update now features group chat! All the benefits and wonders of Blackberry Messengers are now available on all platforms to enjoy via WhatsApp Messenger! 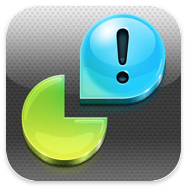 Very similar to WhatsApp in terms of functionality, except Ping! uses a different method for populating your contacts. It isn’t as streamlined as WhatsApp and it takes slightly longer, but it seems to do the job well enough. The messenger itself is quite functional, although push notification work sporadicly if at all from time to time. Cool little feature that WhatsApp doesn’t have is delivery confirmation just like in Blackberry Messenger. Despite that benefit it doesn’t quite make the deal for me, which is why it is second on my list. 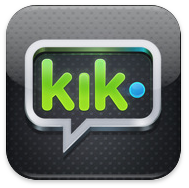 Kik is relatively new cross-platform messenger, released in April 2010. There are two down sides to this app. It is strictly text messaging without media messaging capabilities and not enough people are currently using it right now (perhaps because of reason number one). Despite these downsides, with a great, clean and very functional interface Kik most definitely tops my list. In fact, it is practically number one. The only reason it is difficult to place this messenger in first place is simply because WhatsApp is significantly more popular and it does support media messaging, including sending voice recordings and sharing location. This doesn’t directly pertain to the applications ability to deliver your TEXT messages but it does play a role in your decision making and for that reason it only makes it to number three. 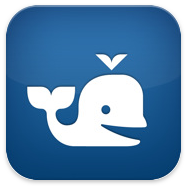 The reason Beluga is only three and a half is because its not entirely a cross-platform messenger and only supports iPhone and Android at the moment. Blackberry is excluded. Beluga was designed to be a group messenger just like BBM for Blackberry users. This gives iPhone and Android owners a taste of what its like to socialize in groups, like Blackberry users do. It does a great job of putting it together. Great user interface, relatively simple to use and most of all the ability to make groups, make this app the best way to stay in touch with your Pod.