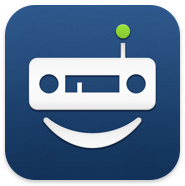 The best way to listen to radio is with a radio receiver. No doubt. But now there’s a new way. With the help of TuneIn Radio, arguably the best application ever made to exploit the idea behind internet radio, you now have access to over 40,000 AM/FM stations with a few taps on your iPhone, iPod Touch or iPad! Even tho the idea itself may not be as exciting as snow days, it is brilliantly implemented by TuneIn Radio and presented with a clean, stylish and very intuitive interface. It essentially functions the same way as the built-in music application, seamlessly running in the background. It is worth spending those $2 on the best radio surfing app out there for iPhone, iPod Touch and iPad. And the best part is you only have to buy it once since it is a universal application.

One Response to iPhone Radio is also iPad Radio