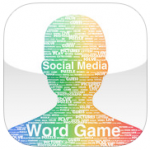 If you’ve played photo-based word puzzle games in the past, where you have to guess a word that is illustrated by several photographs, then you know how addicting the games can be. Today we’re looking at Pixtaword, a game just like that.

Pixtaword, although based on the familiar concept of guessing a words that is based on some photos, is actually a little different. How so? Well, the photos that you will looking at are actually coming from instagram, from real people. The topic are based on popular, trending things that you may find on Instagram yourself. In fact, if you’re an avid Instagramer yourself, you just might encounter one of your own creations. The game is rather simple to play. There aren’t many options to configure, simply tap play, and you’re off! As you solve each level, you’ll earn coins that you could redeem for help, which includes solving complete levels, one letter helpers and removing incorrect ones. When you’re on a winning streak and seem to know every word, the game almost plays itself, but don’t worry because this pace won’t last long. Eventually you’ll need to redeem your coins for helpful tips.

Overall, I found the game to be really simple to play and a whole lot addicting. The only downside is that it seems to be a little too easy at times and since the game doesn’t really have control over the difficulty level (because each word really comes from Instagram). Aside from that, one other thing I would improve is the navigation and UI. While it works okay, the details in the user interface would really and some shine and polish to this game. Without it, Pixtaword looks somewhat incomplete. Other than that, it’s a great game and you should go check it out for free on the App Store!

Check out Pixtaword for iOS on the App Store!