Top 5 Best Games for Your iPhone

There are tons of great games available on the App Store, but at the end there only a handful that leave a lasting impression and can never seem to escape your home screen “Games” folder. I can list dozens after dozens of great games you can buy or even get for free, but that’s not the point. The “Games” category on the App Store will also do the same. Here are the top 5 games, which in my eyes really hit that sweet spot on the iOS gaming market. 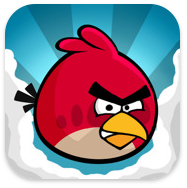 There is absolutely no doubt that the number one game for iPhone, iPod and iPad is Angry Birds. There is nothing more satisfying then destroying swarms of ugly green pigs while riding the subway to work or killing some precious time in the waiting room. Great graphics, awesome game play and more levels then you can wrap your head around. Not much else to say other then Angry Birds is most definitely the game of the year for iPhone. It now even comes in two flavourific flavors: Angry Birds Seasons and the original. 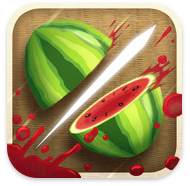 One of the best ways to relieve stress is to become a ninja and slice up some fruit like a samurai. Fruit Ninja helps you do just that and it’s surprisingly very addictive. Not only can you play on your own, but through game centre users can challenge each other across the globe and slice fruit online in multiplayer. Various achievements and unlocks will keep you interested for a while while the fun and entertainment is well worth a buck. 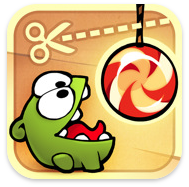 The premise of this game is quite clever and is well implemented. The idea is to feed a cute little alien creature with candy that is suspended by a few ropes. Your job is to cut the ropes and deliver the product safely to the starving alien’s mouth. There’s lots of levels, progressive game play in terms of new obstacles and enemies but most of all the graphics are superb. Also a great buy for only a dollar. 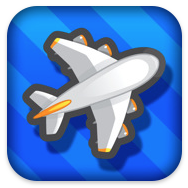 If you love planes, this game is for you! Although if you’re neutral on the topic, like myself, you will enjoy the gameplay more than anything. Everything in Flight Control is simple and very well designed. The goal is to land as many planes as possible by using your finger to draw a path by which the planes fly. Sounds simple, and it is. Although it does get harder and some levels may seem close to impossible but it is very addictive. It also supports game centre and multiplayer modes. 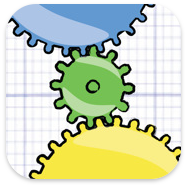 You have to use your head for this one. One of the best puzzle games on the App Store. Even with the release of the new Geared 2, in my opinion Geared, the first one, is the classic puzzle that every should at least try. Its very simple to play at first, you simply add gears to the main spinning gear to make all gears on the screen move. Though once your start climbing ladder the levels become increasingly more and more difficult. What a great way to get your brain turning.